As a Personal Finance blogger, I love the diversity of view-points and topics that are around us and some of the content is really great. It helps me understand some of the big trends and make better decisions on my own journey to Financial Independence.

This month I’ve selected for you 2 great articles & 3 videos that I really enjoyed.

This was year the first time I paid attention to the World Economic Forum happening in Davos. All the sessions were streamed live and the recordings were available for later viewing. And I must say that I was very happily surprised with the quality of the speakers and the topics discussed.

I’ve selected a few of my favorites below and if you want to check all recordings, head over to their website here.

What struck me the most was the discussion on the future of oil & gas and energy in general. Picture this : A CEO from the US asking the CEO of Saudi Aramco why Saudi Arabia was trying to kill the the ‘US frackers’ and seeing the Saudi Minister of Energy in the audience answer the question on behalf of OPEC.

This discussion was so high level and so simple, it all made sense. They also touched on the future of renewable energies and how, even though they will be important, they aren’t going to replace fossil fuels soon, and why. Saudi also exposed its plan to be become energy independent through their Saudi 2030 vision. The future of energy has indeed changed.

There was also this interview of Jack Ma and how he sees the world, the US and China and entrepreneurship. But the best, Jack Ma is a supporter of Early Retirement!

At any rate, before we jump in, there were also some great articles this month on The Money Mine.

Now grab a cup of coffee and read on my selection of the most informative articles (and videos) of October!

I may be biased but I think this was by far one the best and most knowledgeable panel I’ve seen this year. The panel touches on:

The entire 54min is worth it, but if you want to only listen to the explanation of the OPEC move, you can skip to 30:30.

Certainly an ambitious plan, Saudi’s plans to transform into a country that isn’t dependent on oil & gas is worth a watch. The world is changing and Saudi wants to make sure investors know about it. Just in case they would IPO part of Saudi Aramco, a company that is estimate to be worth over 1 trillion dollars.

An insight, an idea with Jack Ma – World Economic Forum

Who would have though the boss of Alibaba was a supporter of Early Retirement? Watch till the end, he’s got a great reason!

Watch video : An insight, an idea with Jack Ma 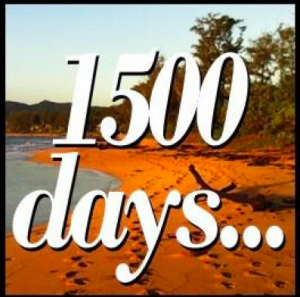 “I know I know, you may be uncomfortable right now. I hope you’re not squirming in your chair considering clicking this browser tab. It’s OK, you can do it. Or maybe you can’t.

It’s funny how uncomfortable most people are talking about money. It’s just money. It shouldn’t define you. If it does, you have issues.”

Be sure to check the comments section! Read more…

How to retire in your 30s: save most of your money and rethink your core values – Vox 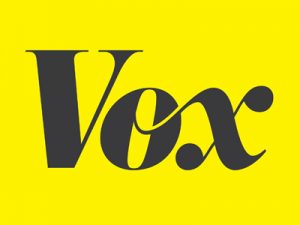 “Seven in 10 Americans are disengaged from their jobs, according to Gallup. That’s more than two-thirds of us who are unfulfilled by our work, just dragging our sorry selves to and from the office every day.

One community has an attractive answer: just quit.

A burgeoning online community advocates early retirement. And they’re not talking about people quitting in their 50s or early 60s. They mean retiring before age 40 — perhaps even in their 20s.

Over the past few months, I’ve interviewed seven people who have managed to leave the working world before age 40. That seems like a crazy idea to most people, but these extreme retirees insist it’s something everyone should consider. What they all understand — and what they wish other people understood — is that achieving financial freedom isn’t just about budgeting or clipping coupons; it’s about reconsidering your core values.” Read more …

There is so much great content available online and offline, if you have read / watched / listened to some great content this month, please share in the comments below!