The Money Mine
Home Categories Personal Finance How video games can be a powerful tool to teach finance to your kids. 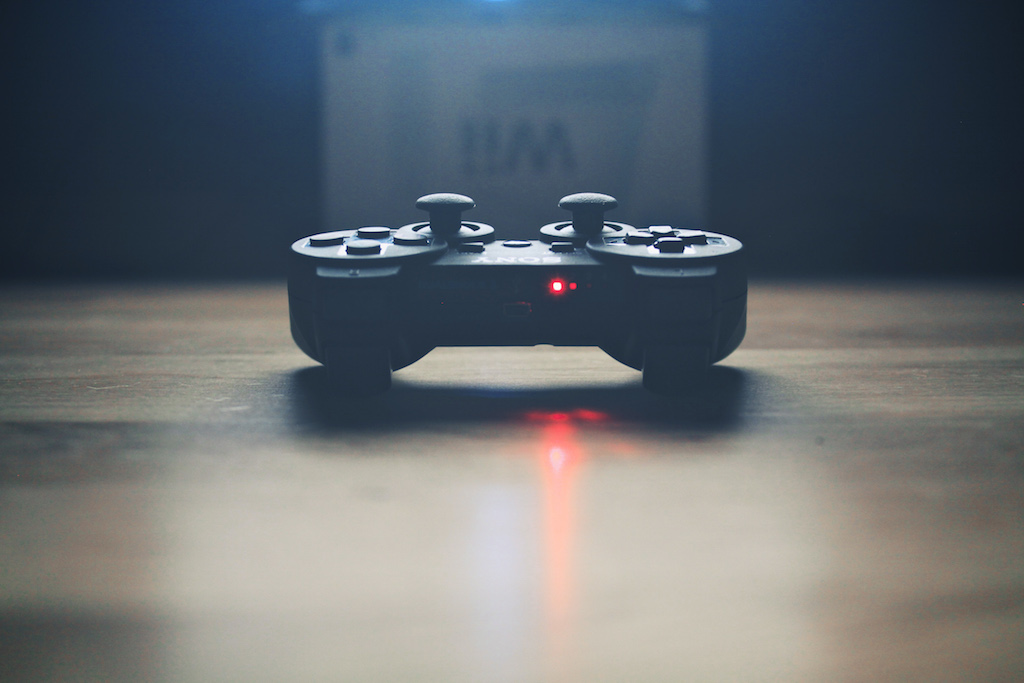 You’d like to prepare your kids to be financially savvy for their future.

But they don’t care or don’t seem to be interested. You are looking for a way to make it attractive for them to learn.

It all started when I lost my first baby tooth.

My parents had already managed to make me believe in Santa Claus, so making me believe that a tooth fairy would come pick up my tooth the following night was probably easy. Of course it would come while I’d be asleep and would exchange the tooth left under my pillow with a little something.

What a surprise the next morning to find a $1 coin under my pillow!

Wow, I was rich! Money just came out of nowhere overnight! Loosing a tooth isn’t exactly entertaining but my parents incentivized me to be happy about it. And it clicked : lost tooth = cash, which at the time was magical. That was not a very scalable business model of course, but I imagined how much more money I could get if I lost more teeth.

Well, that money making plan didn’t work out as the tooth fairy returned only once.

I heard she was too busy with the other kids in our neighborhood. She probably should have contracted logistics specialists to speed up her deliveries and leverage her customer base. Because I could have been a client another couple dozen times.

With my $2, I now had something to put in my piggybank. It was pretty empty then as I realized that money doesn’t either grow on trees or under pillows and that forecasts can be pretty disappointing.

But now I was wondering:

Then I became an addict

When I turned 10, my parents announced that I was now a grown up and asked me if I was mature and responsible enough to manage my own little stash of money. If I was they said, they would give me a monthly allowance. By now I had learned that there was no such thing as the tooth fairy or Santa Claus and so I was a little hesitant to get tricked again. But for $20 a month, this was an offer my 10-year old self couldn’t refuse.

But my parents made this even more thrilling.

They took me to the bank to open my first bank account. The ‘banker’ that would open my account met with me and invited me into his office. He typed away on what looked like a super powerful computer at the time, gave me some papers with my name on it, shook my hand and he told me:

“Welcome to our bank sir!”

It was so empowering, I was thrilled: I had my own bank account and he called me ‘sir’!

Then the first allowance came and my dad told me:

“Here’s 20$. You can do anything you want with this money. You can spend it now on things you like. Or you can save it on your bank account. The bank will give you 1$ to keep it for a year”

(Yes interest rates were good back then). I didn’t really fancy the idea to save this money away for a year, but I did fancy the miniature Ferrari that I had seen at the toy store. Of course, I spent it all. What a splurge!

Inevitably, when the bank’s statement came at month’s end, the bottom line had not changed. But that didn’t last long. In the following months, I started to save up some of this allowance to watch my account’s balance increase.

I was in control of my finances and every month, I could decide to either spend it or save it.

I had the power to make that bottom line either increase or decrease.

It became a goal to make it grow. It became addicting. Every month, I would check my new bank statement to see how my stashed grew.

You know you need to flex that muscle

Why would I save though? My parents had what seemed to me like an unlimited amount of cash to pay for groceries, gas, restaurants and I could tap a very small portion of that to get chocolates, ice creams or gifts for my birthdays.

And then Nintendo screwed all that up.

That’s when they started to make me financially participate in my gifts and that was Nintendo’s fault.

The Gameboy had just come out and I was addicted. I was using up the batteries so fast my dad had to buy rechargeable batteries. Tetris came included with it and I was totally hooked to the game! Not to brag (ok a little bit), but I “finished” the game at the hardest level, after which you’d see a Russian dance and a rocket launch. Even in the secret super-fast ‘heart’ mode.

Tetris was a great game but I needed more. The games were expensive though, so I went to the bank of Mum & Dad for funds. On a trip to the game store, I asked my mum if we could buy this new game that I wanted. Paperboy I think. She said that it was a little expensive but if I really wanted to buy this game, she could buy for my birthday.

My birthday was months away! I wanted that game now!

“The other option” she said, “if you want to buy the game today, I’ll pay for half of the game and you pay for the other half”.

We bought the game and it felt like an expensive purchase. After a few hours on the game, I realized it wasn’t actually so great. For what it had cost me, it should have been amazing. I was a lot happier with the free Tetris.

Impulsive purchases, it turned out, weren’t very satisfying. I had to flex that delayed-gratification muscle.

Now, I had a reason to increase my savings and to spend them things that were great.

4 simple ways to get your finances under control

These early life lessons taught me the values of money and what worked for me as a kid still works for me today.

#1 Don’t rely on the future

I thought more money would come from the tooth fairy and I was disappointed, it never came. Nowadays, I could rely on my company to give me a raise, or the stock market to go up, or even the government to give me a pension, but none of this is guaranteed. What if it doesn’t happen? The disappointment could be huge and even potentially dangerous for my finances if I rely on them.

Now imagine the opposite: you are relying on what you have, you’re very happy with it and suddenly the stock market goes up 30%? Now you got yourself lucky!

#2 Clean your financial house and keep it that way

Like I did as a kid, checking my bank statements every month, I still do as an adult. There can’t be any leak in my finances. I know what’s coming in and what’s going out. The tool have changed, you can now use Personal Capital as an online tracking tool, but I still rely heavily on a spreadsheet (I have 10+ years of tracking). It’s quick too : the whole process takes me approximately 15 min once a month.

You work hard for your money, you need to keep a close eye on it.

#3 Have a long term goal

The type of incentive that makes a 10 year old save money to buy video games also works for adults. Now I have a goal to reach Financial Independence and every month I progress towards that goal. Find something you like and put money aside every month until you can afford it. Ideally, another person should benefit from it, like your spouse or your kids, to keep you motivated and on track.

It is amazing how having a long term goal helps fight instant gratification.

#4 Be happy with your limits

I loved cars as a kid and I still do today. Driving by the Aston Martin store, it is tempting to go buy one. Wouldn’t that be amazing? People would definitely  think I’m rich! But would that help me reach my goal? No. It would actually be counter productive and my financial independence day would have to be postponed a few years.

Your budget has limits because you have a goal.

All this because of video games. They may be instructive after all.